MASHAL started in small way, with a group of ladies pooling in some money and buying a few sewing machines. Then a couple of villages were identified around Islamabad, where there were no schools or skill centers e.g. Nadola, Phulwari etc.

Here a room was taken on rent and a sewing center setup with voluntary members teaching, cutting, sewing, embroidery, knitting etc. Another group of ladies took the task of teaching Urdu and Basic Arithmetic to those who were interested in studying. Later a mobile dispensary was provided by Mrs. Burney (late) wife of General Burney, who was Director Military Hospital, PWP at the time. 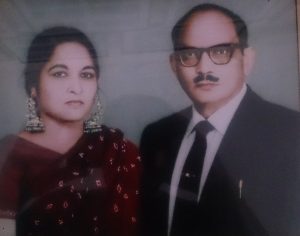 This came twice a week, with a nurse and a voluntary doctor to provide basic preventive injections, free checkups and medicine at the villager’s doorstep. This was a great help and the people appreciated it very much and came in greater numbers to our skills and literacy centers. Once we found a woman trained enough, we appointed her as a teacher and moved on to another village. our biggest centers were at Bari Imam and Lal Quarters.

During this time we also assisted the children’s hospitals at PIMS by procuring medicines and other items for children of poor families, especially burn and cancer patients who landed at the emergency, mostly without funds to buy the costly medicines. We provided wheel chairs and bed sheets annually to the hospital.

We also raised funds for the handicapped children of AL-FARABI and got some of them operated at PIMS. For about ten years we worked like this, village to village, until an amenity plot was allotted to us by CDA chairman Mr.Farid-ud-din Ahmad, in Poona Faqiran, now Margalla Town. We decided to build our center there in 1994. 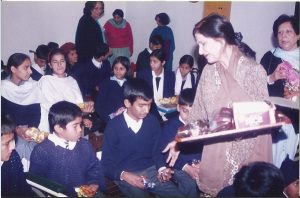 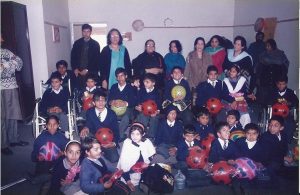 The construction plan was drawn for a building of approximately 20,000 sqft. It was a large project to house a school up to 10th grade with a library, a medical unit and a vocational training center. It could not be build in one go for lack of funds, So we divided into seven section to be built step by step, as and when funds were available. The first section was ready in 1996 with the help of Canadian international development agency C.I.D.A, So when the Canadian prime minister Jean Christain visited Pakistan on an official visit, we availed the opportunity to invite him to inaugurate the center and name it Gosha-e-Mashal. 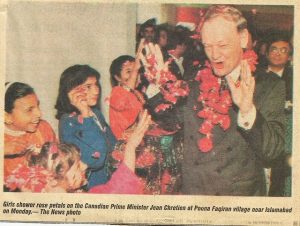 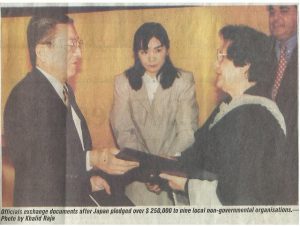 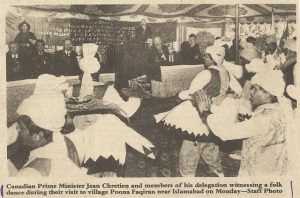 Subsequently the Japanese international cooperation agency J.I.C.A and U.N women guilt based in Rome, Italy came to our help and we were able to complete the ground floor in 2000. Needless to say, our friends and well-wishers were always there along with the members raising funds through bazars, concerts and other functions as well.